LeBron led the Cavs with 22 points and 9 assists int he 95-91 win over Brooklyn, but it was his old running mate from Miami, Mike Miller who gave the Cavs the biggest lift in his first start of the season and James was happy to see it. 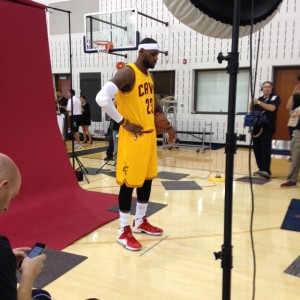