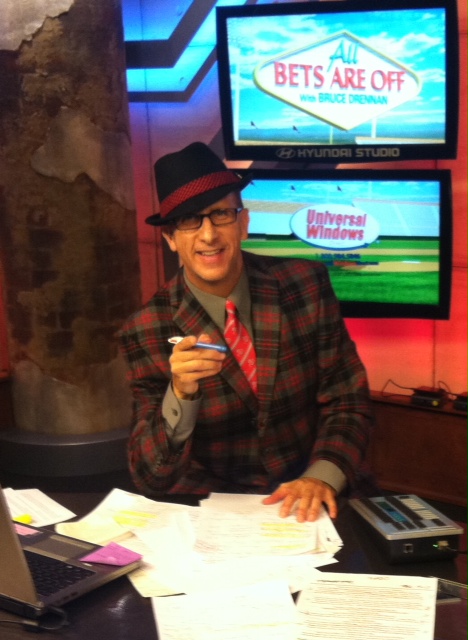 Kenny is an award winning talk show host with 31 years of experience in the sports radio and television industry in the Cleveland market.

Currently Kenny is the afternoon drive co-host of the “Kenny and JT Show” on News-Talk 1480 WHBC which airs Monday through Friday from 3pm-7pm.

21 of those 31 years were spent working at ESPN 850WKNR/AM 1220 WKNR radio. Besides being voted Cleveland’s Best Sports Talker numerous times, Kenny was also named as one of Cleveland’s Top 100 radio personalities of all-time. The Roadman’s other radio experience includes working as  a sports anchor, pre-game and post-game host for the Indians/Cavs/Ohio St. football,  as the Cavs/Ohio State football and basketball beat reporter, while also doing play-by-play/analyst work for high school football and college basketball games.

On the TV side, Kenny has been featured on ABC’s Good Morning America following the Lebron James special – “The Decision”. Over the years Kenny has also been a regular guest on ESPN’s SportsCenter, Outside the Lines, First Take, as well as the NFL Network. Kenny currently works as the rink-side reporter for Cleveland Monsters hockey and is the on-field reporter for Cleveland Gladiators Arena Football on Fox Sports Ohio and WUAB TV43. He also served as a Browns and Ohio State football analyst for WEWS TV5/ NewsNet5.com. Kenny’s other TV experience includes acting as the pre-game host as well as the play-by-play man for the high school football game of the week and as a talk show host on SportsTime Ohio’s “All Bets Are Off”.

Kenny is originally from Springdale, Pennsylvania and graduated from Baldwin Wallace University in Berea, Ohio where he was the Sports Director at WBWC 88.3 FM and was inducted into the WBWC Hall of Fame in 2010.

25 Responses to About Kenny Roda