May 25, 2014 by Kenny Roda. Filed under Blog Posts, Feature Articles | Leave a comment

I saw the story yesterday from NBA Writer James Herbert from CBSSports.com about the Cavs organization reportedly not wanting to offer a max deal to Kyrie Irving this summer for the reasons he stated. That’s not new news for those who follow the team as there is, and has been, some debate about that reportedly within the organization and it’s also been discussed by media members for quite some time.

What would Kyrie do if he was offered the max contract? I asked him that exact question after the Cavs final game of the 2013-14 season, a 114-85 win over the Nets on April 16th. Here’s the exchange – 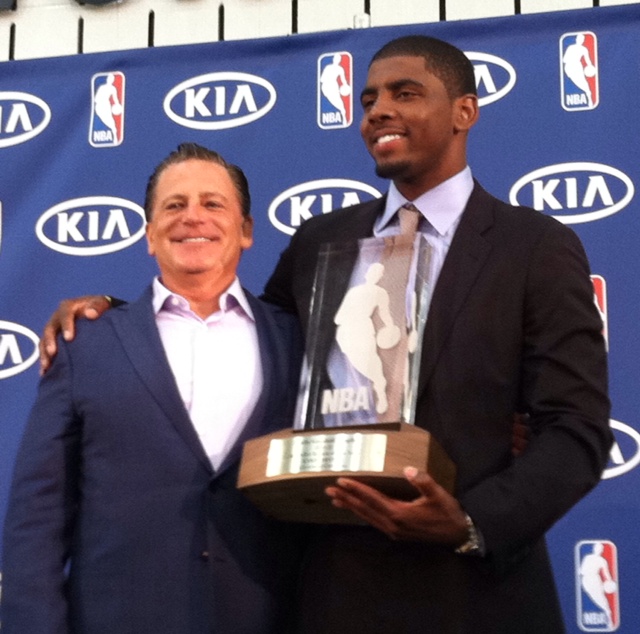