A CASE FOR WHY THE CAVS SHOULD DRAFT JOEL EMBIID

As David Griffin and the Cavaliers continue their search for a head coach and who they’re going to select first overall in the June 26th NBA Draft should they keep the pick, let’s focus today on just the draft and one of the candidates who’s being discussed for that top pick – center Joel Embiid. 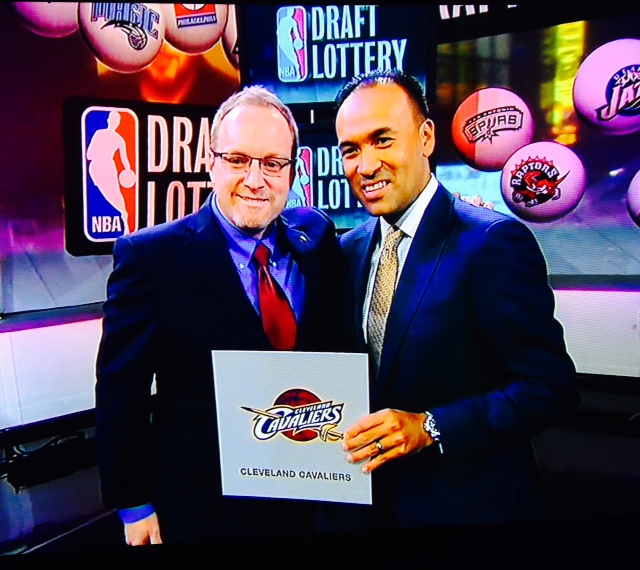 In talking with numerous people throughout the Association, it’s apparent to me that if there were no injury concerns about Joel Embiid’s back he would be the clear-cut choice to go number #1 overall. But there are concerns, and thus the debate continues for the Cavs. After having your doctors look at Embiid, if you like what you see medically do you take him and don’t worry about it anymore? If there’s even a bit of a concern with Embiid physically, do you shift your focus to either Andrew Wiggins or Jabari Parker? Or do you go in a completely different direction and look to trade that first overall pick? 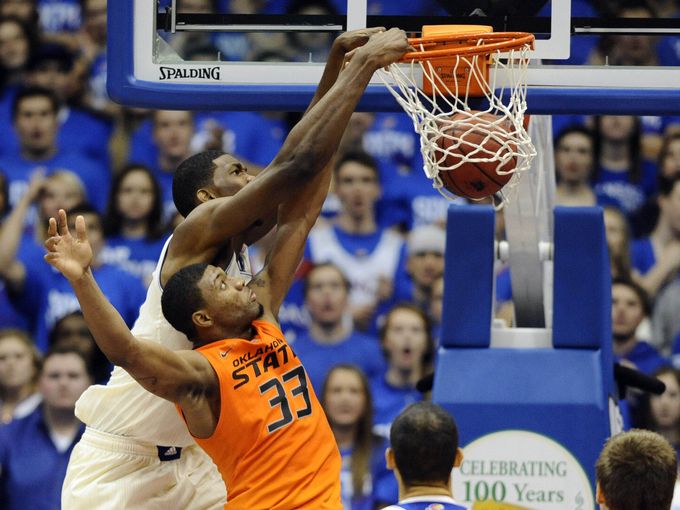 Here’s my case for drafting Joel Embiid if, and that’s a big “IF”, he is cleared medically by the Cavs teams doctors:

Cavs G.M. David Griffin talked about finding the right fit. Well Embiid fits! The Cavs are looking to get bigger, tougher, become a better shooting team and they want to spread the floor. Embiid does all of that for you right away. He has a nice soft touch for a big man who has only played the game for 4 years. He’s already a 68% free throw shooter.

He has the most upside or potential in this draft!

He will be a rim protector.  An eraser to make up for all of the other players defensive shortcomings like Larry Nance was for the Cavs in the late 80’s and early 90’s. He’s a shot blocker, a shot changer and he plays with a little nastiness in his game which the Cavs need in a big way.

He’s a very good athlete who runs the floor well and has outstanding footwork. He can drop step and spin move on you with ease already. Plus he’s got a face up and back to the basket game that’s only going to get better. Plus he’s a hard worker and wants to improve.

The comparisons I’ve read with Embiid are with Hakeem Olajuwon and Tim Duncan. To me, I see more of Olajuwon than Duncan because of his defense and footwork.

Let’s compare Embiid’s numbers his freshman year at Kansas with those of Olajuwon and Duncan in their freshman years. Remember Olajuwon ended up playing three years of college ball and Duncan four years. Embiid is heading to the NBA after just one year of NCAA action for the Kansas Jayhawks.

Is Embiid the perfect player? No he is not. Nobody in this draft is. Embiid has to get stronger. He’s inexperienced as far as actual games played and he has the injury issues that need to be put under the microscope. His handle needs to get better as he turns it over in the post a bit, but that can change with more playing time. However he brings an emerging offensive game along with an above average defensive game to the table already and his potential is through the roof. He’s already a two-way player who’s only going to get better.

Check out a recent work out here courtesy of ESPN.com’s Chad Ford and Rodger Bohn –

Here’s one more thing to keep in mind about Embiid and big men. We hear how the NBA game is changing to more of wingman’s game and based on the last two NBA Championships won by LeBron James and the Heat you could make that argument. But consider these facts, of the last 15 NBA Championships that have been won, 11 featured impactful, if not dominate 7’0 foot centers as one of the core pieces of the team – (Shaq and Duncan 4 titles each, Pau Gasol/Andrew Bynum 2 titles and Kevin Garnett 1) – To me that sample size proves more than what’s happened in just the last two years.

So if Joel Embiid’s back is indeed 100% healthy and there are no red flags about his health, it’s going to be very hard for Cavaliers General Manager David Griffin to pass on such a talented 7-footer who is only going to get bigger, stronger and better.