THREE OF A NEGATIVE KIND FOR THE CAVS

The Cavaliers have some serious issues right now. Even though they’re six games above .500 at (18-12), a disturbing trend has surfaced for a team with championship aspirations. Three times this season, all at home, the Cavs have taken a commanding lead on an opponent into the second quarter only to see that lead evaporate and the team disintegrate during an embarrassing loss. 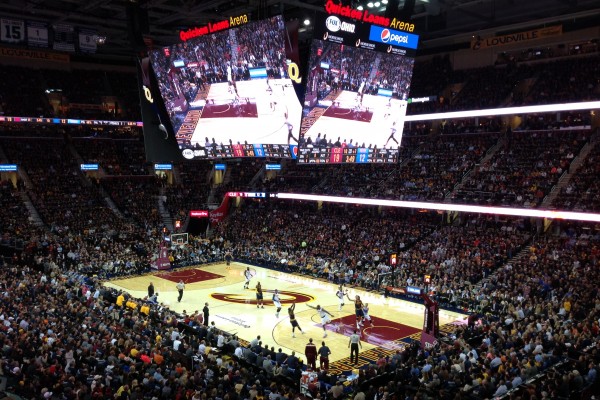 The first time it happened at Quicken Loans Arena was on November 22, 2014 against Toronto. The Cavs led the Raptors 37-21 in the second quarter and then were outscored 89-56 the rest of the way in the 110-93 loss to Toronto. That’s a 33 point turn around.

Then the third time occurred yesterday in Cleveland as the Pistons were in town. The Cavs led Detroit 32-17 in the second quarter and then they were outscored 86-48 the rest of the way in the 103-80 loss to the former “Bad Boys” who are just bad this season. That’s a 38 point turn around.

Its 30 games into the season and these problems should’ve been corrected by now. You’re supposed to learn from your mistakes and not repeat them. However, nobody from head coach David Blatt to superstar LeBron James to anyone of the Cavs dancers have a clue as to why it’s happened and continues to happen.

The only thing we do know, regardless of what a few individuals might think is, that all three losses were embarrassing and if something doesn’t change soon, there will be more embarrassing nights like these at The Q and a short run in the playoffs this season.

One Response to THREE OF A NEGATIVE KIND FOR THE CAVS