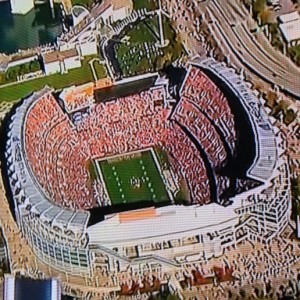 Without any hesitation I can say that the Cleveland Browns were the far better football team yesterday in all aspects – offense, defense, special teams and coaching. I picked the Browns to win the game because after watching the Steelers over the last 2 weeks I was able to see that they are an old team that lacks talent and should replace both of its coordinators.  The Browns are a young team that has some proven talent and some potential young talent, with a head coach who actually seems to know what he’s doing and really loves his job. Kudos to Mike Pettine and his staff for making this team respectable this early in the season. Now let’s see how they handle prosperity.

The Browns should be favored in their next three games; at Jacksonville, then home against Oakland and Tampa Bay. I expect them to go no worse than (2-1) in those games and be at least (5-3) if not (6-2) after 8 games. Then the schedule gets tough with games at Cincinnati, Atlanta, Carolina and Baltimore. Plus home games with Houston, Indianapolis and Cincinnati. So you better win the games you’re supposed to win and see if you can play .500 ball the second half of the season. If the Browns can do that, they could be looking at 8, 9 or even 10 wins. If you get to 9 or 10 wins, then you could be talking playoffs.

Having said all that, the Browns were (3-2) after 5 games last year and ended up (4-12). The difference this year I believe is an easier schedule over the next 3 weeks, Brian Hoyer is your QB and not Brandon Weeden or Jason Campbell, and a coach who the players actually believe in. Those 3 things should make a huge difference. 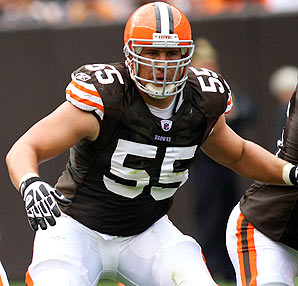 However the Browns are going to have to do it without one of their best and most respected players – Alex Mack. The Pro Bowl center reportedly broke his leg in yesterday’s 31-10 win over the Steelers and is expected to be lost for the rest of the season. John Greco filled in nicely on Sunday against Pittsburgh, but how he performs moving forward will affect the Browns offense in a big way, not to mention Paul McQuistan moving over to take Greco’s spot at left guard. The offensive line has been this team’s MVP’s so far this season. Their depth is going to be tested the rest of the way.

Nobody was harder on the Browns front office for ignoring the wide receiver position in the draft and in free agency than yours truly. Early on it looks like Ray Farmer and the Browns were right and I was wrong. We’ll see if Taylor Gabriel and Travis Benjamin can both continue to make plays and if Miles Austin can stay healthy, but this group with some help from the O-line and Brian Hoyer have performed better than I thought they would. Plus they’ll get All Pro wide out Josh Gordon back for the 11th game of the season at Atlanta, which will have a huge, positive impact on the entire group.

Hats off to Chris Tabor and the special teams.  A few weeks ago they were a laughing stock. The last 2 weeks, they have been solid and made big plays to change the momentum of the game. They were a big reason the Browns won in Tennessee and also against Pittsburgh yesterday. Good decisions, fundlemental play and no mental mistakes go a long way in helping your team win.  Some of those things might not be sexy, but they help you win. 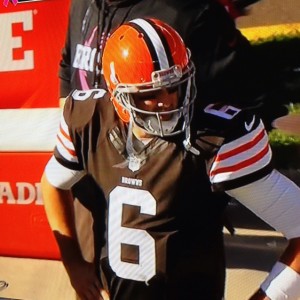 And last but not least, happy 29th birthday to local “Mr. Hero” Brian Hoyer. I used it as a trivia question yesterday at my Browns appearance at Jo Jo’s Sports Bar in Medina and someone knew right away that October 13th was the Browns starting quarterback’s birthday. A year ago I don’t think anyone would have known or cared, but after you lead the biggest road comeback in the history of the NFL and your kicking the Steelers butts all over the field, people start to notice and pay attention. It’s still a small sample size (8 starts), but it’s getting bigger and the results are the same. Hoyer is now (6-2) as the Browns starter and can be a free agent at the end of the season. Your call Jimmy Haslam and Ray Farmer. Do you believe enough in him to sign him now and maybe save some money, or do you wait until the end of the season and roll the dice? Yes you have Johnny “Jam Boogie” waiting in the wings, but he is nowhere near being ready to be a starting QB in this league. The Hoyer contract situation will be another story line to follow as this season progresses.