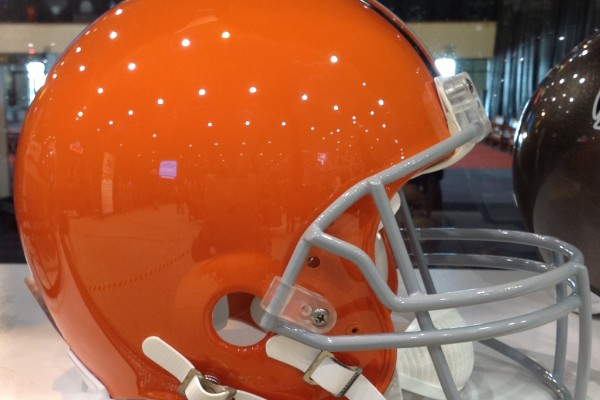 Wide receiver Josh Gordon is back with the Browns after missing all of training camp to this point to focus on his physical and mental health. However, Gordon has not yet been cleared to practice and the Browns have placed him on the active/non-football illness list.

Gordon has only played in 10 games over the last 4 seasons for the Browns because he violated the NFL’s substance abuse policy numerous times and was suspended.

The Browns and Gordon released this joint statement:

First off, we are pleased for Josh. His overall health and well-being is what is most important. We commend Josh for his hard work, commitment and focus on becoming the best version of himself. We are glad Josh has reached a point where he can return to our organization, be in our building and be around his teammates. As he assimilates back to our team, Josh will initially participate in meetings and conditioning and will gradually resume all football activities as deemed appropriate.

A message from Josh Gordon:

Thank you for your love, support, and most importantly your patience as I took the time needed to ensure my overall mental and physical health.

More specifically, I would like to thank the NFL, NFLPA, the entire Cleveland Browns organization, the University of Florida, and my friend and business manager Michael Johnson Jr for playing such pivotal roles during this process. This has by no means been an easy road and I’m extremely grateful to have all of you in my life.

As I humbly return to being a member of this team with an opportunity to get back to playing this game I love, I realize in order for me to reach my full potential my primary focus must remain on my sobriety and mental well-being.

Let’s get to work!

Last season after coming back from a suspension, Gordon played in 5 games for the Browns, catching 18 passes for 355 yards and 1 touchdown.