Phil Collins said it best in song, “I need love, love, ooh to ease my mind.” And, “ You can’t hurry love. No, you’ll just have to wait. Love don’t come easy, but it’s a game of give and take.”

Isn’t that the truth for the Cleveland Cavaliers.

After signing Andrew Wiggins, the number #1 overall pick in this year’s NBA draft yesterday, the Cavs will have to wait until August 23rd at the earliest, in order to add Love, as in Kevin Love, to their roster and maybe ease the mind of LeBron James. 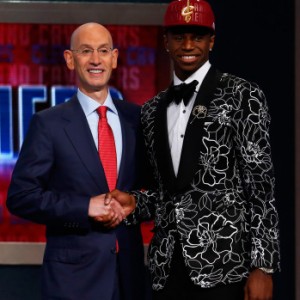 Due to NBA rules, the Cavs cannot trade Wiggins for 30 days after the signing of his rookie contract. So LeBron, Cavs G.M. David Griffin, T-Wolves head honcho Flip Saunders and NBA fans everywhere will have to wait and see if the most talked about trade this off season will come to fruition. If it does happen, will it be with the Cavs and will Wiggins will be in the deal? If not the Cavs, then does Love go to Chicago or Golden State and for whom? 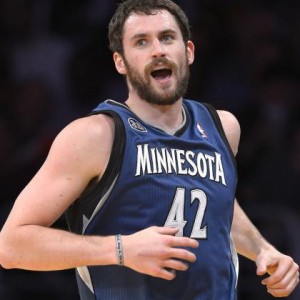 Let’s say the Cavaliers end up winning the Kevin Love sweepstakes and it costs them Andrew Wiggins, Anthony Bennett and at least one first round draft pick along with other players/contracts(that’s the rumored deal that’s out there now). With Love on the roster it would make the Cavaliers starting line-up arguably one of the best, if not the best starting line-up in the NBA. But what would it do to the Cavaliers depth this season and in the future?

Here are the potential Cavs line-ups and depth charts with Love and without Love. You decide which roster you’d prefer to have.

Take your time in making your decision on which roster you would prefer because David Griffin and the Cavs can’t do anything for another month. As much as they would like to hurry Love to Cleveland, there’s still a lot of give and take that has to happen.

One Response to YOU CAN’T HURRY LOVE