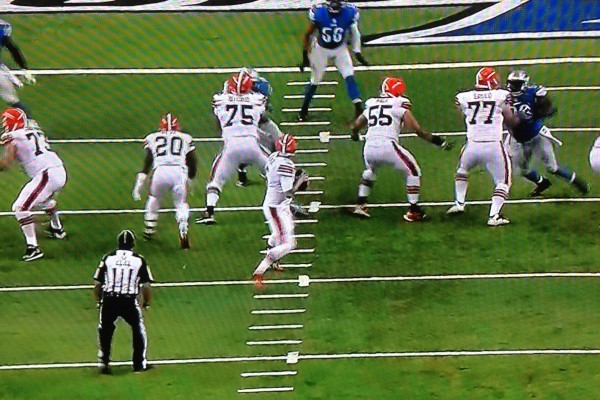 1) The Browns offense needs to score a touchdown against the Redskins first team defense.

2) Brian Hoyer has to step up and take the starting quarterback job.

3) Johnny Manziel staying in the pocket and going through his progressions instead of being a one read and then run QB.

4) Whoever plays wide receiver, do your job and “CATCH THE DAMN BALL”!

5) The Browns defensive front seven has to put pressure on the quarterback.

6) Cut down on the penalties, especially on defense.

8) For first round pick Justin Gilbert to impact the game like other top draft picks Blake Bortles, Jadeveon Clowney and Ryan Shazier did this weekend.

9) Ben Tate to maintain his 4.0 yards per carry average, but more importantly, don’t fumble the football.

10) For the defense to prove they can shut down someone’s offense other than their own!