THE RODA VIEW – THROUGH REALISTIC GLASSES

In order for the Indians to win the A.L. Central in 2014 they must get to at least 91 victories. Why 91? In the last five years the A.L. Central champ has won an average of 91 games. So with a (47-47) mark at the All-Star break, that means the “Wahoo Warriors” must go (44-24) in their final 68 games to have a chance to win the division. Last year the Tribe finished with 92 victories, but still finished a game behind division champ Detroit. So 91 is the minimum to avoid playing in that one game Wild Card scenario again. 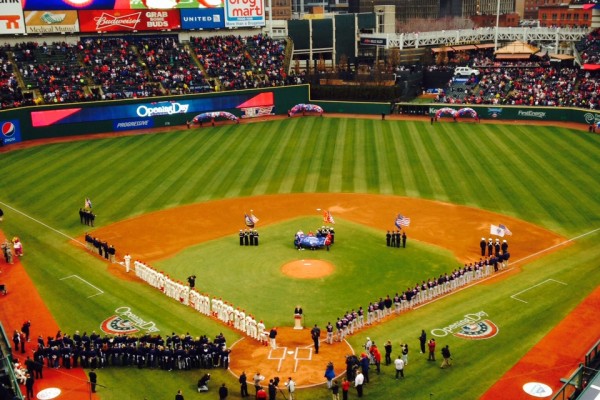 I love that the Ohio State Buckeyes have at least five night games this season.  Four of them are 8pm contests versus Virginia Tech, Penn State, Illinois and Michigan State, the other is a 6pm start against Cincinnati. There’s something special about night games in college football, especially when they’re played at “The Horseshoe” in Columbus. If you’ve never been to an O.S.U. game under the lights in C-Bus, you have three chances this season and I highly recommend it. The atmosphere under dark skies and bright lights is amazing. From the tailgating, to “TBDBITL” marching on to the field before the game and then performing “Script Ohio”, to the student section going crazy with the “Buckeye Bounce”, the “Quick Cals”, the O – H – I – O chant going around and around the stadium and then with the singing of “Carmen Ohio” following another Ohio State victory. So take advantage of your three opportunities this year and it will be a night you’ll never forget. 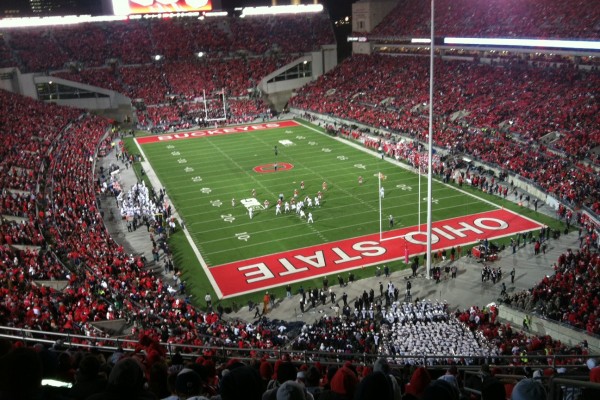 Even with LeBron James on the roster I’m going to have to disagree with Las Vegas. I don’t see the Cavaliers as the favorites to win the NBA Championship in 2015. The defending champs from San Antonio are back in tact and are at the top of my list. The Spurs are followed by the Thunder, the Clippers, the Bulls and then the Cavs for me. However should Cleveland G.M. David Griffin find a way to pull off a trade for Kevin Love while keeping Andrew Wiggins, I will be moving the Cavaliers up that list. How high? It all depends on who they have to give up in the deal with Minnesota and if necessary, a third team. 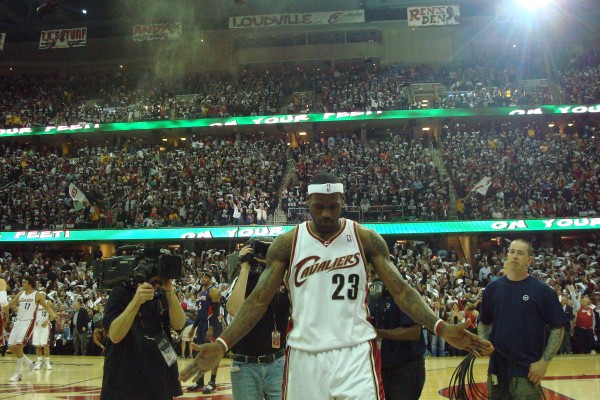 Not only will LeBron James help the Cavaliers, I believe he can help the Browns because he can advise, mentor and keep an eye on fellow “LRMR” client Johnny Manziel.  While I’m not worried with what the swan riding, champagne drinking, selfie taking quarterback has done off the field to this point, I will be watching closely to see if those actions continue during the football season. If they do, then I will be concerned, but I believe “King James” will set “Johnny Football” straight and put him in his place if necessary. 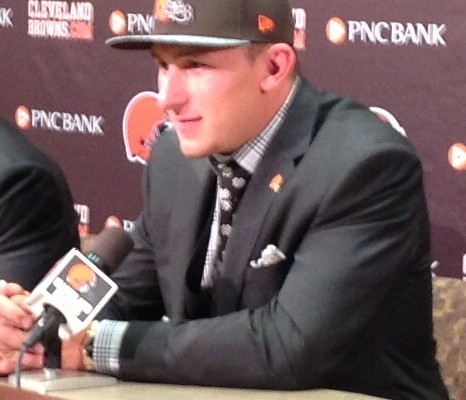 Thank goodness Tiger Woods is back playing on the PGA Tour. As good as all those other guys are, and they’re pretty good, it’s just not the same when Tiger isn’t teeing it up any tournament. Welcome back Tiger as “The Chase to 18” resumes with this week’s British Open.