MANZIEL VS TEBOW – FAIR OR UNFAIR?

With “Manziel Mania” running rampant in Cleveland like “‘Johnny Football” across SEC fields over the last two years I started thinking about Manziel’s career in college and it led me to think about another heralded SEC quarterback named Tim Tebow. 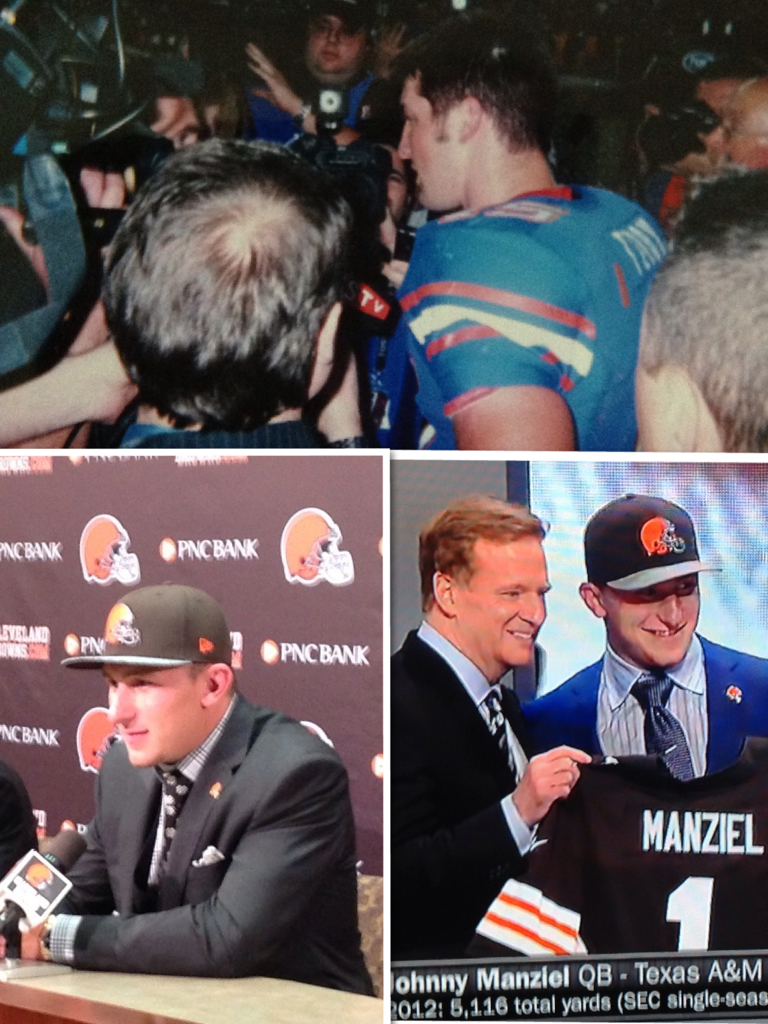 Like Manziel, Tebow ran and threw the ball and brought excitement to the college football world both on and off the field.  Like Manziel, people questioned whether Tebow’s style of play could make it in the NFL. Was he a good enough passer? Could he play under center and read defenses? Could he understand to be successful in the league he would have to run less and throw more? Then I started wondering why will “Manziel Mania” be any different than “Tebow Mania”? What gives “TMZ Johnny” a better chance to make it over “Genuflecting Tim”? Will he last longer in the NFL than the three years that Tebow played? If so, why? Are these comparisons fair?

So I decided to go back and look at the first two years that both Tebow and Manziel started at quarterback at their respective colleges in the SEC. There are a lot of similar results that link these two together, and I think fairly raises the question, why will Manziel, drafted 22nd in the first round by the Browns in 2014  make it in the NFL, when Tebow, who was drafted 25th in the first round by the Broncos in 2010,  only lasted 3 years?

Both played with heart, desire and passion at the college level. Both were great leaders on the field. But after looking at the numbers and information provided above, is there anything that really stands out as to why Johnny Manziel has a chance to be a better quarterback in the NFL than Tim Tim Tebow? I’m not saying Manziel will. I’m not saying he won’t. I’m just presenting you with comparable information and stats for the two players and would love to hear your reasons why you believe one way or another. Let me know here at www.KennyRoda.com or on Twitter @TheKennyRoda.

3 Responses to MANZIEL VS TEBOW – FAIR OR UNFAIR?