Writers note – This story was written before Joel Embiid suffered a right foot injury and it is being evaluated. If the injury is serious, along with his recent back issues, it could change a lot in my plan to “Land LeBron”!

If the Cavaliers are serious about trying to reunite with LeBron James and get him to return to Cleveland as a free agent this off season, there are a number of things they need to do before free agency starts on July 1st to even have a chance of making this happen. I’m not saying it will, I’m saying it would better their chances. 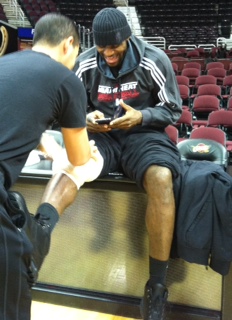 First off, since they don’t have a Pat Riley or Phil Jackson in the front office they need to hire a coach who’s been a winner on the sidelines, played in the NBA and has some cache and a name. Right now none of their reported candidates have that combination.  Tyronn Lue doesn’t. Neither does Alvin Gentry or David Blatt. While there is no proven, championship winning coach available out there, the closest thing to a coach who’s been successful on the sidelines, has played the game and has some “street cred” to go along with his game smarts is Mark Jackson.

That move I believe would get LeBron’s attention while he is on vacation with his family and thinking about his future.  Problem is, according to a story I read from the News-Herald/Morning Journal’s Bob Finnan today, he had a quote from Jackson in the article saying that reports that the Cavs have contacted him are, “Nothing but rumors and speculation.”  If that indeed is the case, and G.M. David Griffin has said they will leave no stone unturned as they search for their next head coach, you have to ask yourself why haven’t the Cavs contacted Mark Jackson?  What are they waiting for, especially if they are thinking about trying to lure LBJ back to C’Town?

Secondly, if you’re not going to make a major trade for Kevin Love, and the only way I do that if I’m the Cavs is if I get Love to sign a contract extension, then you draft center Joel Embiid. Now granted, you have to feel confident that after putting him through all of your medical tests that his back is fine, but if it is, then you go get the “Big” out of Kansas.

Embiid has a ton of upside, and while right now he’s still a little raw on offense, he reportedly impressed the Cavs in his work out by showing off his great foot work and the ability to shoot the basketball from some distance, along with a nice touch around the rim. While his offense is a work in progress and there is evidence there that it will develop, he can make his presence felt in his rookie season with his defense and rebounding. Right away he gives the Cavs a much needed rim protector in blocking shots and altering others. Plus his rebounding would allow the Cavs to get out and run more and get easy baskets in transition.

So if Jackson ended up being your coach and Embiid was the choice as the first overall pick in the draft, you would have your coach who’s got some swag to go along with his winning record in the NBA as your bench boss and you’d have a young legitimate center with a lot of potential and the ability to patrol the paint. On top of that you’d have a fourth year all-star point guard in Kyrie Irving, a third year shooting guard in Dion Waiters, plus some cap space and maneuverability to fill some other spots on your roster through trade or free agency.

There have been some reports out there that LeBron and Kyrie don’t get along that well any more, or that James doesn’t want to play with a ball dominate point guard. I say that’s hogwash. After seeing how a lack of point guard play killed the Heat in the NBA Finals against San Antonio this year, I believe LBJ understands the importance of having a top notch point guard in today’s game and would sacrifice being in control of the offense the majority of the time if it meant more wins and less minutes for him as he gets older. 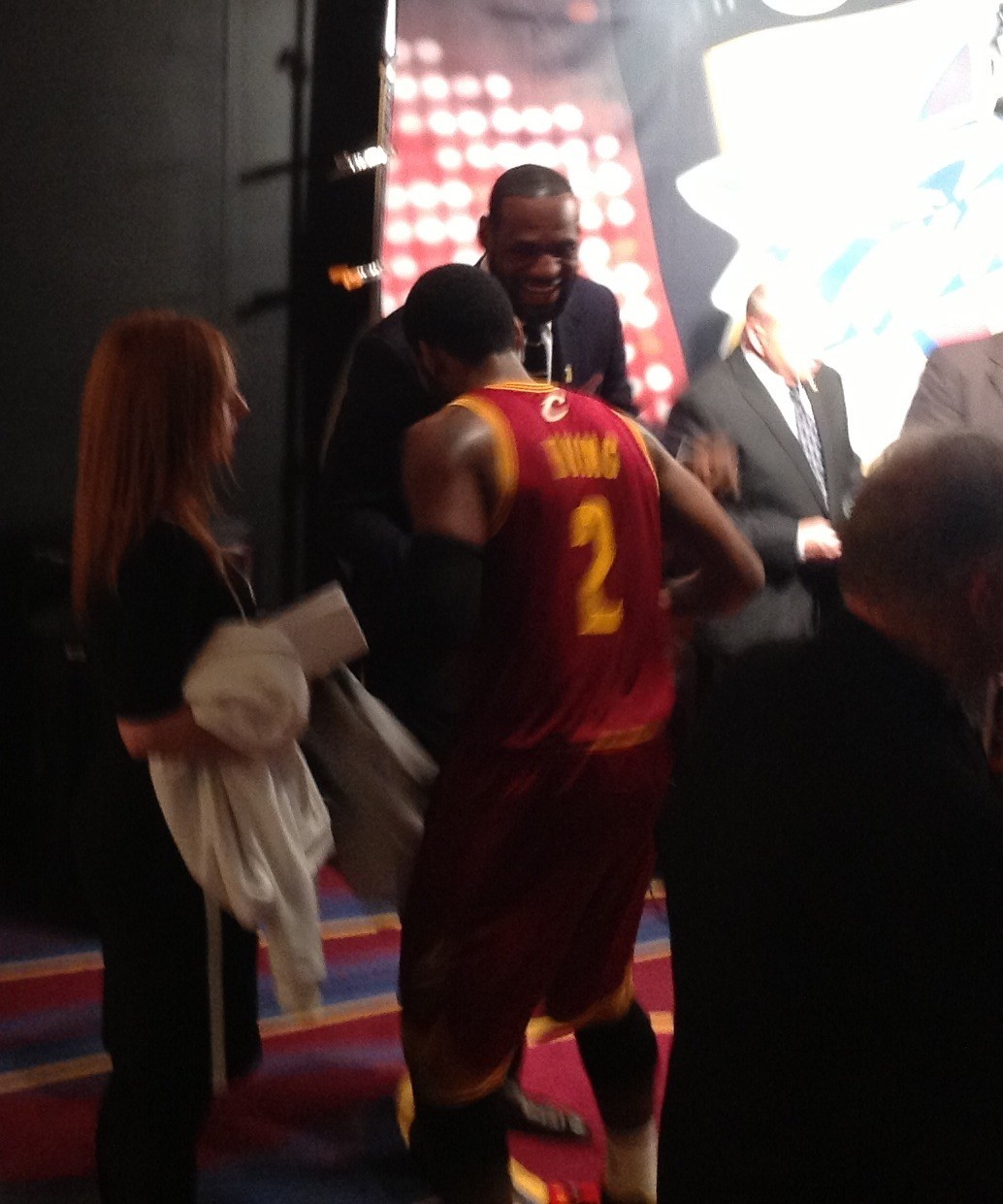 While none of what I just wrote would guarantee that LeBron James will decide to opt out of his contract in Miami and come back to Cleveland this off season as a free agent, I believe if the Cavs are serious about bringing James home again, it has to start there. If LeBron is not in their plans, then they can consider hiring a Tyronn Lue or a David Blatt as their inexperienced head coach and fill the small forward hole on their roster by picking either Andrew Wiggins or Jabari Parker and continue to build for the future with a young squad growing together over time.

But if the Cavaliers want to try and lure LeBron back and win right away, bold moves and chances have to be taken by Dan Gilbert and David Griffin, and hiring Jackson and drafting Embiid would be the place to start!