Maryland has a chance to show all the doubters, like myself, why they belong in the Big Ten as they host Ohio State Saturday. The Buckeyes have chance to show that they’ve started to figure out how to play pass defense as they go up against a talented dual threat quarterback C.J. Brown (wrist injury) and his group of talented receivers – Stefon Diggs, Deon Long and Marcus Leak.  If Brown can’t go at QB then it’ll be Caleb Rowe slinging the pigskin around against the Buckeyes. Either way,  it’s another big test for the back end OSU’s defense. 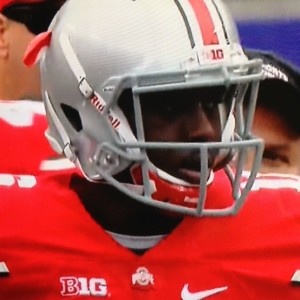 OSU quarterback J.T. Barrett has put up some decent numbers overall so far for Urban Meyer. The redshirt freshman signal caller has thrown for 1,080 yards and 13TD’s in his first 4 games while running for 205 yards and a a score. He will have to continue to play at a high level for the Buckeyes to win this game on the road in what could be another shootout.

I’ll take the Buckeyes in another high scoring affair 34-24.

The Browns have an opportunity for a road win at Tennessee this Sunday. The Titans are ranked 22nd against the run in the NFL and the Browns strength is their rushing attack, ranked 9th in the NFL. Because of the solid play of the offensive line it shouldn’t matter if it’s Ben Tate, Isaiah Crowell or Terrance West carrying the rock, Kyle Shanahan’s offense should be able to move the ball on the ground.

If the Browns are successful with ground game, this will set up Brian Hoyer for plenty of play action opportunities against a defense that has given up 74 points over their last 2 games. 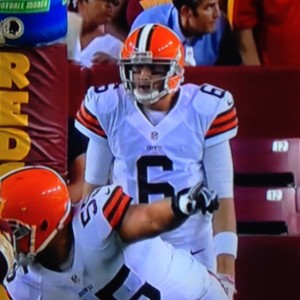 If Jake Locker plays for the Titans, the Browns pass defense will be tested more than if Charlie Whitehurst is under center. But Locker is coming off a wrist injury and while he practiced this week, he could be a bit rusty and not at 100 percent. That’s good news, because any help the Browns pass defense can get right now is needed as they rank 27th against the pass in the NFL.

One Response to FRIDAY FOOTBALL FORECAST