CAVS OFFICIAL PRESS RELEASE ON THE TRADE OF DION WAITERS 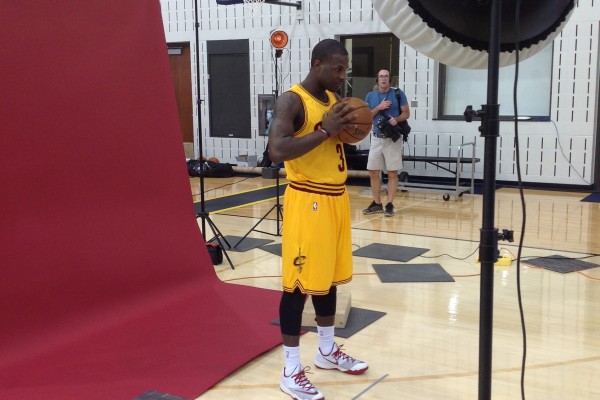 CLEVELAND, OH – The Cleveland Cavaliers have acquired guards Iman Shumpert and J.R. Smith from the New York Knicks and a protected 2015 first round pick from the Oklahoma City Thunder. In exchange, the Cavs will send guard Dion Waiters to the Thunder, and Lou Amundson, Alex Kirk and its own 2019 second round pick to the Knicks. New York will also receive forward Lance Thomas from Oklahoma City.

“We wish Dion the best as he continues his career with the Thunder and thank him for his effort and work here with the Cavaliers. Dion is a talented player with potential ahead of him. Trades like this are always difficult to make because there are relationships and bonds built and that was the case with Dion,” said Cavaliers general manager David Griffin. “At the same time, we’re very excited to welcome Iman and J.R. to Cleveland. With their size and versatility, we think both Iman and J.R. can help our team on both ends of the court and we look forward to them joining us.”

Kirk, an undrafted rookie out of New Mexico, originally signed as a free agent by the Cavaliers on August 11 and played in five contests for Cleveland in 2014-15. Amundson, who was part of the 2014 Cavs training camp and preseason roster, appeared in 12 games for the Cavs this season.