Mike Brown on Progress of Andrew Bynum before Hawks game

Here’s what Cavs head coach Mike Brown told me about Andrew Bynum’s progress at shoot around on December 26th before the Atlanta Hawks game.

Have a joyous Christmas and the happiest of New Year’s from the Roda’s! 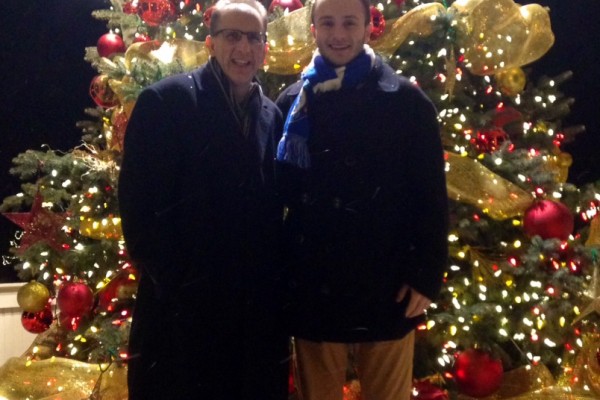 I’m really looking forward to talking to all of you great, passionate sports fans of Cleveland once again as I fill in for Kiley and Booms from 6am-10am on 92.3 The Fan on December 24th, 26th and 27th.

It’s been a while since we chatted, so as you’re getting up in the morning, or on your way into work, maybe you’ll be doing some last minute shopping or you’re just coming home from a wild night of partying. Whatever the reason you’re up that early, tune me in during the holiday week as we’ll talk Browns/Steelers, Cavs, Ohio State, Indians and who knows what else. Guests scheduled to join us include Tim Couch, Frank Caliendo, Danny Ferry and more!

BROWNS BY THE UGLY NUMBERS

The Browns have now lost 5 straight games this season and 8 of their last 9 games.

This is the 6th straight season of 10 or more losses for the Browns.

This is the 10th season in the last 11 seasons that the Browns have lost 10 or more games. 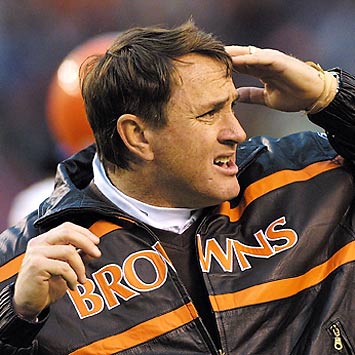 The Browns have made the NFL playoffs 1 time in the last 15 years.

The last time the Browns won a Division Championship was in 1989 or 24 years ago!

I used to think that, I really did until the Browns have proved that theory incorrect since returning in 1999. They’ve had the first overall pick, a bunch of top five picks, multiple first round picks and yet here they are after fifteen years, right back where they started in 1999, one of the worst teams in the NFL!

Team CEO/President Joe Banner and General Manager Mike Lombardi need to change that in what will be the most important off-season since the Browns returned. They have multiple picks in the first and third rounds and their own in the second round and a total of ten draft picks as of today.  Their biggest need of course is to find a franchise quarterback and then go from there.  Granted it’s not their only need, far from it, but it starts right there. If the Browns are going to contend with Joe Flacco and the Ravens and Ben Roethlisberger and the Steelers, they need to find their Flacco, their Big Ben.

Yes there are some pieces in place for this team like Joe Thomas at left tackle, Josh Gordon (as long as he stays out of trouble in the off season) at wide receiver, Jordan Cameron at tight end, Barkevious Mingo at rush-backer and Joe Haden at corner back, but an upgrade in talent is pretty much needed everywhere else. So use the draft Mike Lombardi. Get creative in free agency Joe Banner. Go find some play makers and difference makers, so come next December, we’re not talking about another double digit loss season for the Browns. Instead, maybe a late season push for a wild card spot, or at least a .500 or better season which hasn’t happened in Cleveland since 2007. Yes it’s been that painful!

I was shocked at how poorly the Buckeyes came out of the gates and played in the first quarter, a quarter they had dominated all season! I don’t know if it was because they took Michigan State lightly or if they felt the pressure and played tight. Whatever the reason, it was a big factor in losing to the Spartans.

I’m still trying to figure out why Tom Herman and Urban Meyer didn’t give the ball more to Carlos Hyde. He’s been the best player on this team since he returned from his 3 game suspension and “Ride Hyde” to victory worked so well leading into last night’s game. Very poor decision making by the Buckeyes coaches and in it cost them the Big Ten title and more importantly a shot at the National title.  I never was worried about the coaching match up in the game thinking OSU had a big edge, but Mark Dantonio and his staff outcoached Urban Meyer and his staff.

Braxtion Miller is good, but he’s far from great. While he made some improvements throwing the ball this year, he still has a long way to. You can’t go 8-21 in a championship game like he did and expect to be a champion. Another solid off season and more games will hopefully make him better suited to lead the Buckeyes to a Big Ten title next year and maybe more.

The Ohio State defense was their achilles heel and they were exposed in great detail the last two games, giving up 41 points and 603 yards to Michigan and 34 points and 438 yard to Michigan State.  It’s not all Luke Fickell’s  fault, but his time as the Buckeyes defensive coordinator has to end. He hasn’t coached up these players to the point where they’re getting better, instead they’re getting worse!  In fact, since he took over as head coach and in the last two years as defensive coordinator, the Buckeyes have played some of the worst defense I’ve ever seen at Ohio State.

The “Silver Blanks” gave up 34 points in the last two 4th quarters costing them one victory and almost another. That’s right they were outscored 20 to 7 at Michigan only to be saved by Tyvis Powell’s interception on the 2-point conversion and after taking a 24-17 lead over MSU, the Spartans erased that lead with the game’s final 17 points, with 14 of those coming in the 4th quarter.  If you can’t protect a lead, you usually don’t win big games

The Ohio State wide receivers are still just average. In their first big test against a physical secondary they all had trouble getting open with the exception of maybe Philly Brown. Major progress needs to be made there in coaching and recruiting.

I along with the OSU coaching staff over hyped freshman Dontre Wilson. I kept waiting all season long for him to electrify us with an amazing kick return or reverse or anything and he failed to do so. Yes he’s only a freshman and maybe that should be more on us than him, but big things were expected and he didn’t deliver.  The thing he’ll be known for the most his freshman season is getting in a fight and getting ejected in the Michigan game and that’s not good.

The national pundits were right. Playing a weak schedule the last two season is probably a bigger factor in Ohio State winning 24 games in a row than playing great football. The highest ranked team the Buckeyes beat the last two years was #16 Northwestern this year and the Wildcats finished the regular season unranked at (5-7) and thus not even bowl eligible. It was a nice run while it lasted, but if you’re being honest, there wasn’t one true signature win over a quality opponent in those 24 straight victories and the one chance they had, they lost by 10 to Michigan State.

Here’s hoping the Buckeyes end up in the Orange Bowl opposite Clemson, because if they were to go to the Sugar Bowl and play Alabama they would get killed. They match up much better with the Tigers and would have a chance to win that game as opposed to getting crushed by Bama and ending the season on a 2-game losing streak!

The greatest poem ever recited! This one is for all you Buckeye Fans!