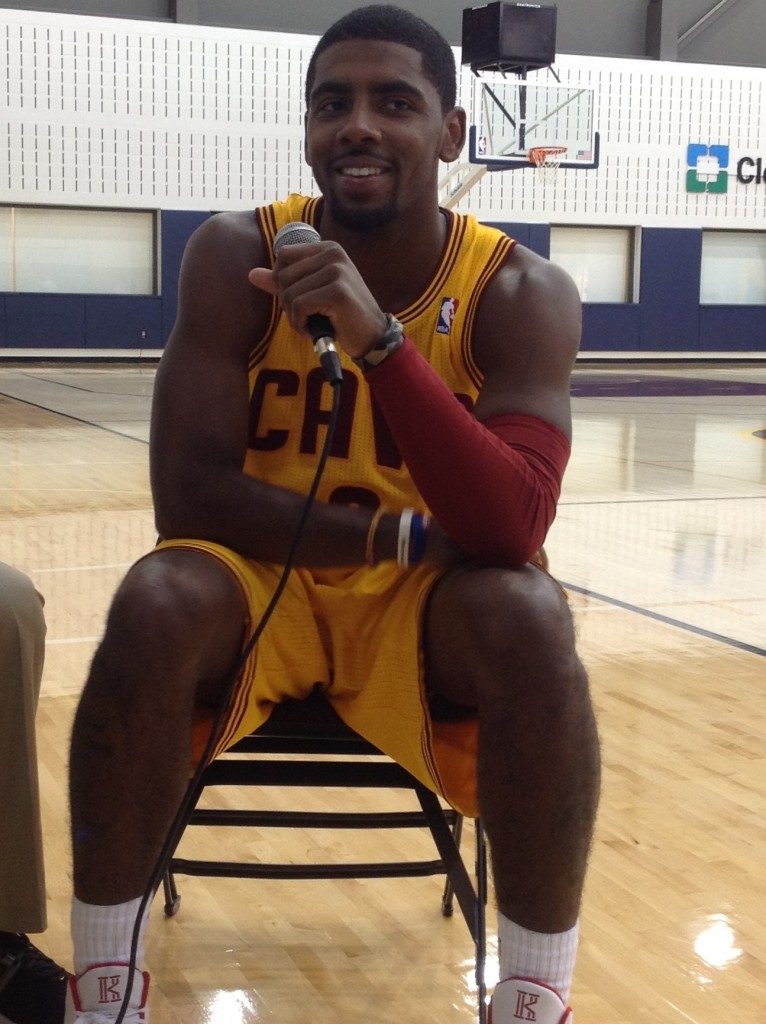 Kyrie Irving will play in 75 games, be an All Star and 3rd team All NBA 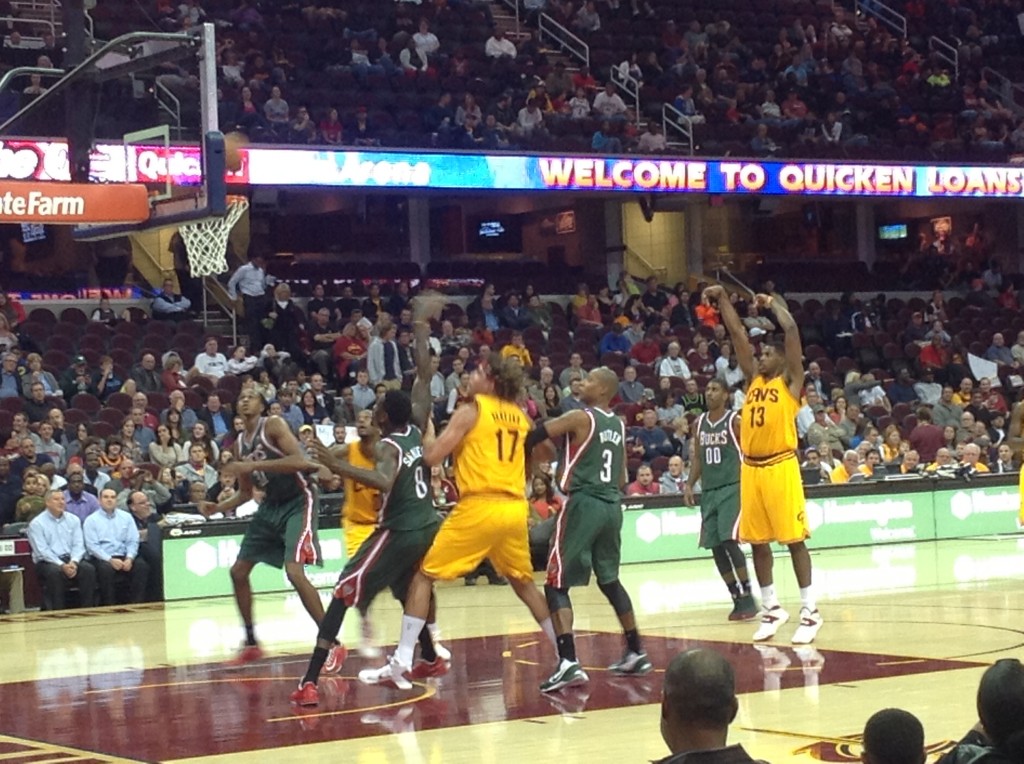 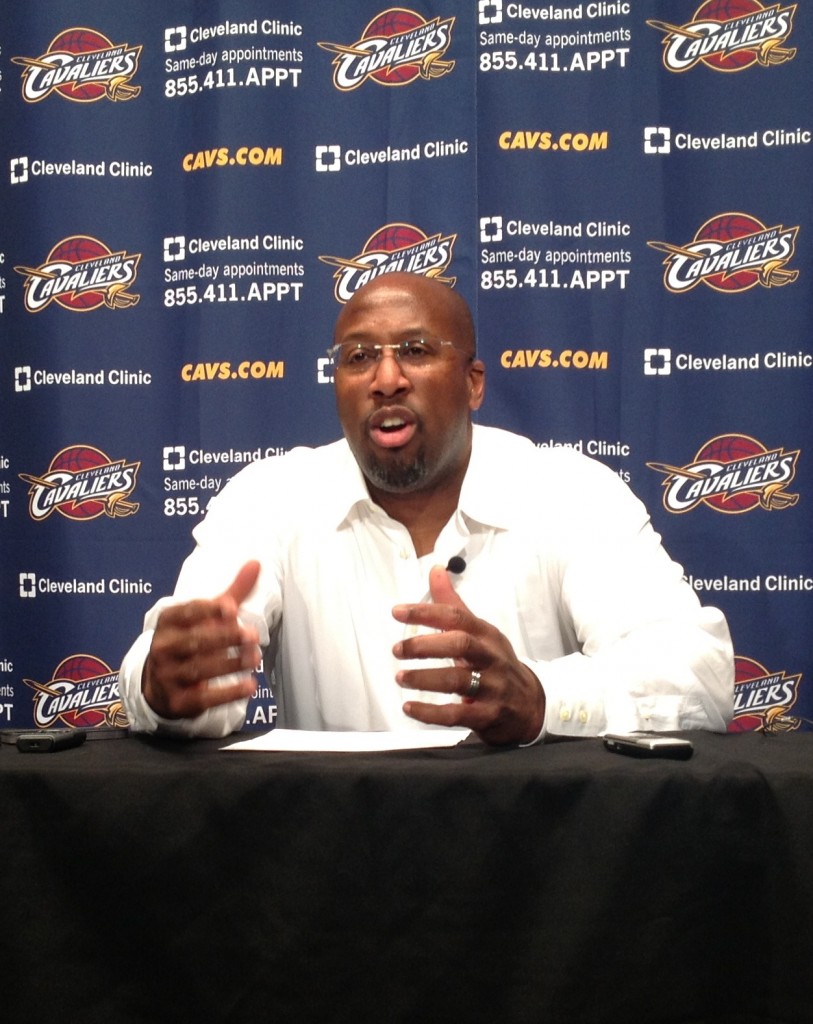 Kyrie Irving – He’s already one of the best point guards in the league offensively and this year he’s going to get to play some shooting guard thanks to the addition of Jarrett Jack. Where he needs to get better is on defense and in the leadership role and we’ve seen a little growth in both of those areas already  this off season and in the preseason and I expect both of those areas to improve even more as the season progresses.

Overall Depth – Again I bring up the name of Jarrett Jack here along with the likes of Andrew Bynum, Anthony Bennettt and Earl Clark. They’ve added better talent to this roster with a mixture of young players and the veteran Jack. This will allow Mike Brown to experiment with guys in different roles until he finds the rotation that he’s happy with. It should also keep Anderson Varejao and Kyrie Irving fresher and hopefully healthy for the entire season.

Youth and Athleticism – The average age of the Cavs opening night roster is 24 and some change and those young’uns can run, jump and get after it. They are the second youngest team in the NBA as we start the season. Philadelphia is the only team younger than the Cavs. Why is this important? If you’re trying to get LeBron James to consider coming back to C’Town during the summer of 2014(and the Cavaliers are) a young, up and coming roster that just made the playoffs would be very enticing to LBJ. So the youth and athleticism is there, now all the Cavs have to do is go make the playoffs.

It’s All About The Bigs – Coach John Lucas would love this rotation of “BIGS” – Anderson Varejao, Tristan Thompson, Tyler Zeller and if he can get healthy and stay healthy, Andrew Bynum. That’s one heck of a rotation of big fellas to use every night, or in Bynum’s case, maybe ever other night. If healthy it may be one of the best unit of “BIGS” in the NBA, but that is a big “IF” with Bynum, but he was worth the gamble because if he is healthy, he’ll be a force in the paint at both ends of the floor.

DEFENSE – I don’t want to say the only reason Mike Brown was brought back to the Cavs was because he’s known as a defensive specialist, but that’s probably 98% of why he’s getting a second chance with the Wine and Gold. He taught LeBron how to play defense and hopefully he can do the same with Kyrie Irving and the rest of the Cavs. Last year their defense wasn’t a priority and it was a joke under Byron Scott.  That won’t be the case this year under Brown. If you don’t play defense or at least give effort on the defensive end you won’t play. Mike Brown will hold everyone accountable on the defensive end and his philosophy of “Protect The Paint”, ”Five-Men-On-A-String” and “Give Multiple Effort” has been, and will continually be preached to these players until they perfect it, which may take some time, but they will eventually get it or they won’t play or they won’t be on this team.

How will Kyrie Irving and Dion Waiters play together?

Who will emerge as that second go to guy to take some of the load off of Kyrie’s shoulders?

How will #1 overall pick Anthony Bennett handle that #1 pick pressure, can he get in shape, will he develop any low post moves, is he a SF or PF?

Will Dion Waiters only be effective when he has the ball in his hands or has he learned how to play off the ball and take better shots? Just because you’re open Dion doesn’t mean it’s a good shot!

We’ve been hearing nothing but great things about Tristan Thompson, but will all that translate to the floor and will he improve his offensive game now that he’s shooting right handed?

ROOKIE OF THE YEAR:

Uncle Drew Is At It Again With A New Teammate – “Lights”!

So here we are at the half way point in the Browns season and they sit at (3-5) through the first 8 games. That’s pretty much what I expected, but how they got there has been unique.  They’ve already used three different starting quarterbacks, traded away their first round draft pick from a year ago in Trent Richardson, actually won 3 in a row thanks to Brian Hoyer, but now have lost three in a row with Hoyer out for the season with a torn ACL and there are there are rumors that by tomorrow they could trade away their best offensive weapon in Josh Gordon.  So I guess when you really think about it, just another typical season for the Browns.

The Browns biggest problem and it has been since they re-entered the league, is that they haven’t found their franchise quarterback.  It’s the most important position in all of sports and the Browns have now started 20 different QB’s since 1999. That’s not going to get it done. Current starter Jason Campbell isn’t the answer; he’s just the guy for the rest of this season, maybe.  Brian Hoyer, while he was (3-0) as a starter, I didn’t get a big enough sample size to say he’s the guy you go with for the future. As for Brandon Weeden, that ship has sailed and sunk! So the Browns biggest priority in the off season will be, as it always seems to be, find that franchise signal caller in the draft, or via trade or free agency. Until they do that, regardless of how much the defense improves, the Browns are headed nowhere!

Yes the defense has made some strides this season, as they’ve created a pass rush and have been solid against the run, but their secondary is still weak with the exception of Joe Haden. So there’s another area of need for the Browns in the off season.

Joe Banner and Mike Lombardi have acquired a lot of draft picks for 2014 (10 so far) and are still trying to acquire more so they can move up and get their quarterback of the future and fill some of the other gaping holes on this team. But for fans who want to win now and paid good money to see that, you’re going to have to sit through another (5-11), (6-10) and maybe if you’re lucky (7-9) season before things start to really turn around. So grin and bear it and know, as most Cleveland fans already do, There’s Always Next Year!

For the first time ever I got to fully tailgate with my son, who is now 21, down in Columbus before the Ohio State-Penn State game and it, along with the game was a blast. All the parents of the kids he lives with got together and we enjoyed ourselves before the game with great eats and drinks and then the Buckeyes made it a perfect day by going out and destroying the Nittany Lions 63-14. These are the type of wins Ohio State needs if they’re going to impress the pollsters and move up in the BCS rankings. Right now O.S.U. is 4th behind Alabama, Oregon and Florida State. Realistically they’re going to need two out of those three to lose and then win out themselves if they’re going to have any chance to play for a national championship. It’s still a possibility, however, putting that aside, it was just so nice to go and explore and enjoy the atmosphere inside and outside “The Shoe” and remember what it’s like to not have to work the game, instead, truly just enjoy the game with my son and some new friends! 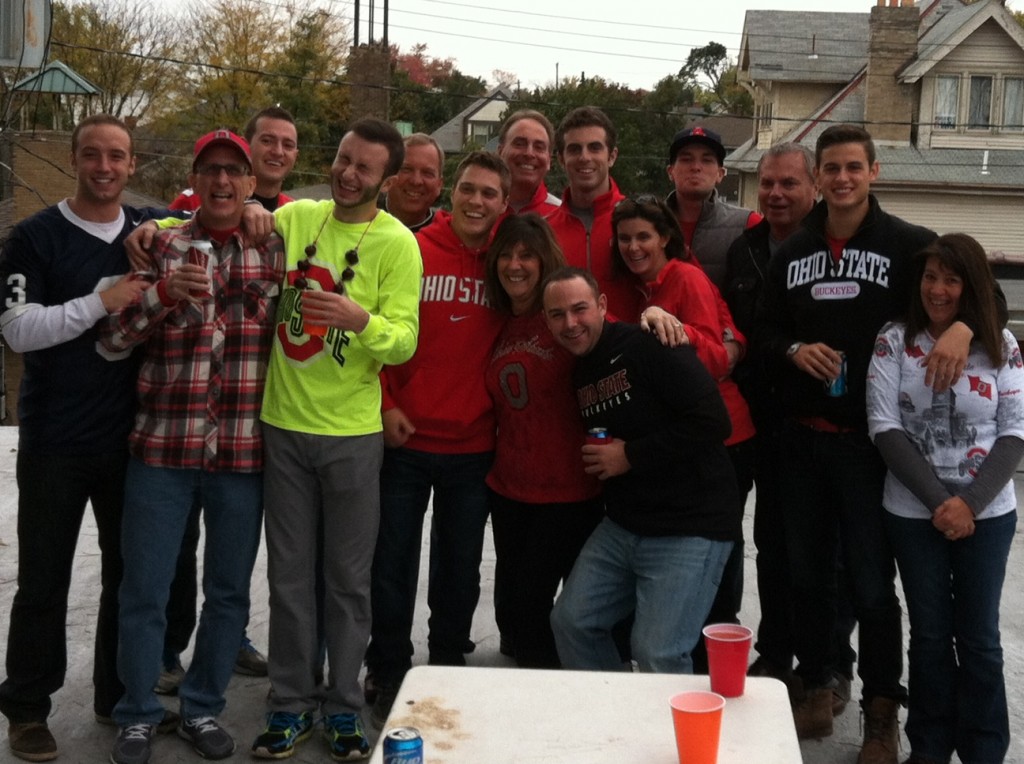 If the Browns are serious about winning more games this year they will either make a change at quarterback and let Jason Campbell start against Kansas City, or go out and bring in a street free agent QB and add him to the roster and see if he can beat out Brandon Weeden or Campbell.  If they don’t do one or the other that means they have thrown in the towel and have adopted the “ALFAHDP” motto – Another Loss For A Higher Draft Pick!  That would be the only way to explain it if Weeden starts again this coming Sunday against the Chiefs.

I’ve seen enough of Weeden to know he doesn’t deserve to start if you’re really trying to win games this season. Over two years now Weeden has started 19 games and has a career record of (5-14). In those 19 games he has a career quarterback rating of 70.9 with 19 touchdown passes compared to 23 interceptions. Enough already! As I’ve stated before, I think Weeden can be either a back-up in the league or a clipboard holder, but not much more than that.

So if come Sunday in K.C., you see Brandon Weeden under center to start the game for the Browns, then you’ll know that CEO – Joe Banner and GM – Mike Lombardi are indeed trying to get the highest draft pick possible, to select one of the many 1st round, maybe even franchise changing quarterbacks that are supposed to be available in the 2014 NFL Draft.

So we’ll see if the Browns take a “Cavalier” approach in trying to make their football team better by going “ALFAHDP” this season – Another Loss For A Higher Draft Pick! We’ll know as early as this Sunday, if not sooner, if that is in fact their approach!